Tentorium Cerebelli: the Bridge Between the Central and Peripheral Nervous System, Part 2

The tentorium cerebelli is a meningeal portion in relation to the skull, the nervous system, and
the cervical tract. In this second part, the article discusses the systematic tentorial
relationships, such as the central and cervical neurological connections, the venous circulation
and highlights possible clinical alterations that could cause pain. To understand the function of
anatomy, we should always remember that every area of the human body is never a segment,
but a functional continuum.

Cervical neurological connections
The ansa cervicalis characterizes the first cervical roots and connects all anterior cervical nerve
exits with the inferior floor of the oral cavity, the trigeminal system, the respiratory control
system, and the sympathetic system. The descending branch of the hypoglossal nerve
anastomoses with C1, forming the ansa hypoglossi or ansa cervicalis superior [1]. The inferior
root of the ansa cervicalis, also known as descendens cervicalis, is formed by ascendant fibers
from spinal nerves C2-C3 and occasionally fibers C4, lying anteriorly to the common carotid
artery (it passes laterally or medially to the internal jugular vein upon anatomical
variations) [1]. Some authors suggest an additional anastomosis with posterior cervical
nerves [2]. The ansa cervicalis communicates directly with the nodose ganglion of the vagus
nerve, particularly from C1-C2, or with a branch originating directly from the vague with spinal
nerves [2]. A variant of this connection to the spinal nerves and the vague is the direct
communication with the hypoglossal nerve [2]. The inferior roots of the ansa cervicalis
exchange fibers with the phrenic nerve, most likely with its accessory fibers, affecting phrenic
innervation areas; a direct intervention of the first cervical roots would support the phrenic
action [3]. Sympathetic ganglia are connected to the ansa cervicalis, as well as the spinal
trigeminal ganglion [3-4]. According to some authors the dorsal root C1, or occipital nerve, may
be absent in 8% of the population, and only a low percentage has an anastomosis with the CN
XI, through a branch of C1, known as the nerve of McKenzie [5]. The cervical spinal nerve 1
does not show meningeal or articular branches to the vertebra. Throughout most of the
population, the nerve has a small ganglion, close to the intervertebral foramen and medial to
the dural tissue, functions of which we have few reliable researches about; according to some
authors, it might have a role in the perception of chemoreception variations [5]. This means that
the ganglion might perceive inflammatory substances if they accumulated in the
myofascial tissue, causing occipital pain [6]. The dorsal branch is strictly connected to the
vertebral artery and is posterior to the arch of atlas, aiming to innervate sub-occipital muscles
and semispinalis capitis; C1 also carries the scalp sensibility [6-7]. An ascending branch reaches
the skin of the upper-posterior portion of the neck and the anterior region of the scalp,
travelling with the occipital artery [6]. This branch communicates with C2 and C3. The
denticulate ligaments link root C1 with C2 [7]. The nerve C2 or great occipital nerve (GON),
originates from the medial branch of the dorsal ramus of C2, travelling posteriorly through the
first and second vertebra, communicating with the dorsal root of C3 [8-9]. It ascends towards
the scalp at about 4 cm from Inion and between the inferior oblique muscle and the
semispinalis capitis. In 45% of the population, it crosses the trapezius or its inferolateral
aponeurosis near Inion, where it branches [8-9]. It ascends underneath the skin in a vertical
pathway with the occipital artery (the artery is often medial to the nerve), until it reaches the
vertex. In this area, it shares its innervation area with the trochlear nerve of the trigeminal.
This cervical branch interacts with the nuchal ligament of the trapezius, which relates directly
to the dura mater in the atlantooccipital space [10]. Studies demonstrate how a branch of C2 is
involved with innervation of trapezius [11]. Within anterior branches of C2 the cutaneous ones,
such as the transverse nerve, the lesser occipital nerve and the great auricular nerve, carry the
sensation from the anterolateral cervical skin and can cause temporomandibular pain [12]. The
transverse cervical nerve, also known as superficial cervical or cutaneous cervical (C2-C3),
turns around the posterior border of the edge of sternocleidomastoid (SCM) about halfway, and,
passing obliquely forward to the anterior border of the muscle, it perforates the superficial
cervical fascia, and divides beneath the platysma to innervate the anterolateral part of the
neck [13]. The lesser occipital nerve (C2-C3) ascends along the posterior border of the SCM to
spread within the occipital and mastoidal cutaneous area [14]. The great auricular nerve arises
from the second and third cervical nerves (C2-C3), winds around the posterior border of the
SCM (as the previous two), and runs transversally towards the auricle upon the muscle. The
third occipital nerve (C3) is the superficial medial branch of the third cervical dorsal ramus, and
it supplies the C2-C3 zygapophysial joint while crossing the joint laterally. Also, it supplies part
of the semispinalis capitis muscle by travelling deeply along the muscle course, piercing the
splenius and trapezius, before sending anastomotic branches to C2. It becomes cutaneous once
exiting the nuchal ligament involving sensitive innervation of a small skin area just underneath
the nuchal line [15]. The ramus of C3 receives anastomosis from the superior cervical ganglion
of the sympathetic system, and is closely related to the vertebral artery, which sends branches
right in proximity of the intervertebral foramen; it also receives anastomosis with C4 nerve
root [16].

Central neurological connections
The fifth cranial nerve or trigeminal nerve is the largest of the cranial nerves. It is responsible
for sensation and motor functions in the face, most of the scalp, teeth, oral and nasal cavity,
masticatory muscle motor activity and other muscle motor activities [16-17]. It contains
proprioceptive fibers from the masticatory and extraocular muscle districts [16]. The trigeminal
consists of four mesencephalic nuclei. The mesencephalic nucleus is responsible for
transmitting the proprioceptive fibers from the extraocular and masticatory muscles, regulating
the bite strength [16]. The afferent fibers to the nucleus carry the pressure and kinesthetic
sensations from the teeth, the periodontium, the hard palate, and the temporomandibular joint
(TMJ). This nucleus is located in the lower end of the mesencephalon and on the superior pons,
laterally to the cerebral aqueduct of sylvius, and along the margins of the periaqueductal gray
and anterolateral to the fourth ventricle, medial to the sensory nucleus [16]. The main sensory
nucleus carries impulses for the tactile and pressure senses; it is located laterally of the
trigeminal root entry zone on the superior pons; its fibers cross the ventral posteromedial
nucleus of the thalamus, composing the ventral and dorsal trigeminothalamic tracts [16]. 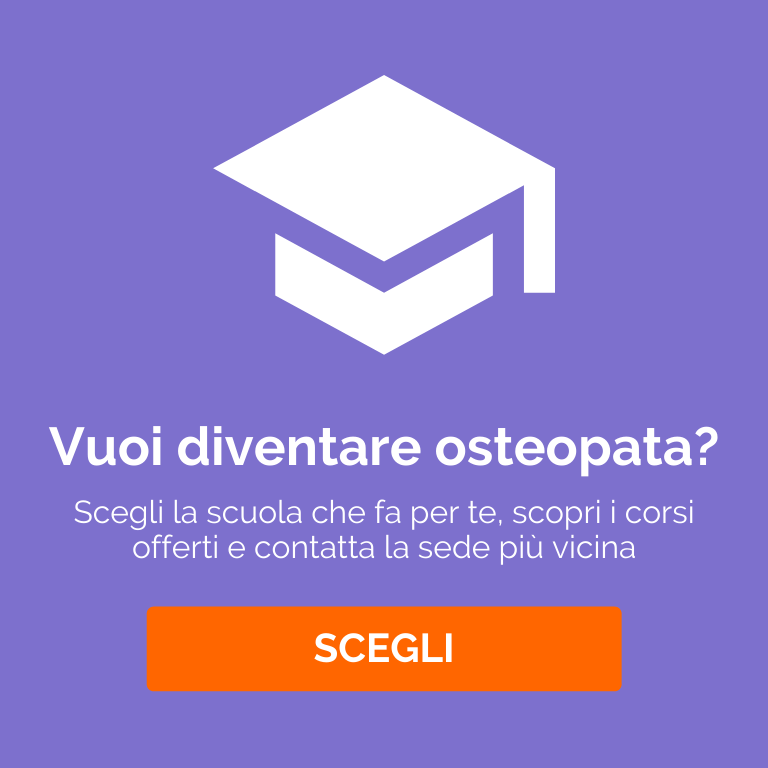 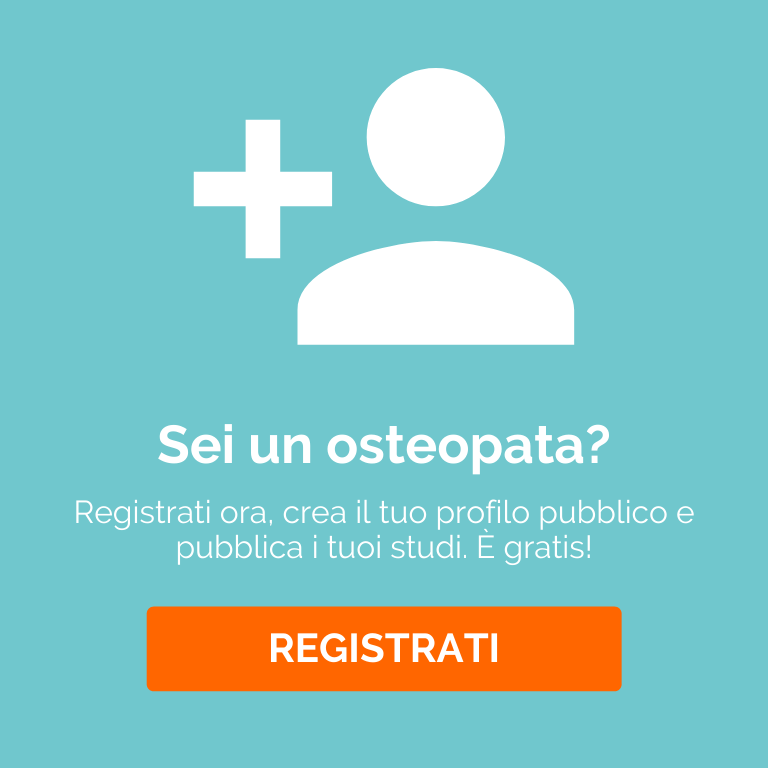